A recommendation for the Printouts Generator

A recommendation for the Printouts Generator in the Techno Business 2017 competition organized by the Gazeta Bankowa newspaper!

The Risco Software company among the winners in the Techno Biznes 2017, organized by the Gazeta Bankowa newspaper. The jury has awarded our (Printouts Generator) – a central system for the automatic generation of documents and their printouts – with the Hit of the Year recommendation. In the photographs: President of the Management Board of the Risco Software company, Marcin Werner, receives the recommendation from Maciej Wośko, Chief Editor of the Gazeta Bankowa newspaper, and a photograph of all winners in the Finances and Banking category.

In the Techno Biznes competition, our company competed, for the second time, with other technological companies specializing in the production of systems for banking and finances. Last year, in the same competition, we also won a recommendation, for the Cesarz_CCP – module of the Cesarz system dedicated to the central transaction clearing in CCP clearing houses. 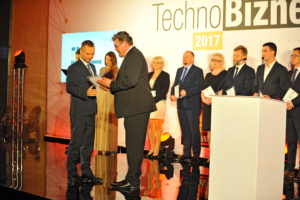 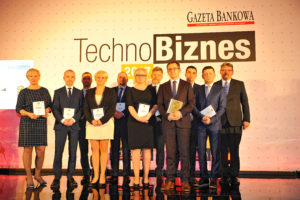 News
Why should banks and brokerage houses start focusing on the MiFID II Directive... The Risco Software company becomes a member of the Banking Technologies Forum...
Our website uses Cookies. By continuing to surf this website, you consent that we will continue using cookies to measure and understand how our web pages are viewed and to improve the way our website works. Accept   Read more.
Privacy policy

This website uses cookies to improve your experience while you navigate through the website. Out of these, the cookies that are categorized as necessary are stored on your browser as they are essential for the working of basic functionalities of the website. We also use third-party cookies that help us analyze and understand how you use this website. These cookies will be stored in your browser only with your consent. You also have the option to opt-out of these cookies. But opting out of some of these cookies may affect your browsing experience.
Necessary Always Enabled
Necessary cookies are absolutely essential for the website to function properly. This category only includes cookies that ensures basic functionalities and security features of the website. These cookies do not store any personal information.
Non-necessary
Any cookies that may not be particularly necessary for the website to function and is used specifically to collect user personal data via analytics, ads, other embedded contents are termed as non-necessary cookies. It is mandatory to procure user consent prior to running these cookies on your website.
SAVE & ACCEPT
Scroll to top